Fascinating Elephant Legends that will make you love them even more! 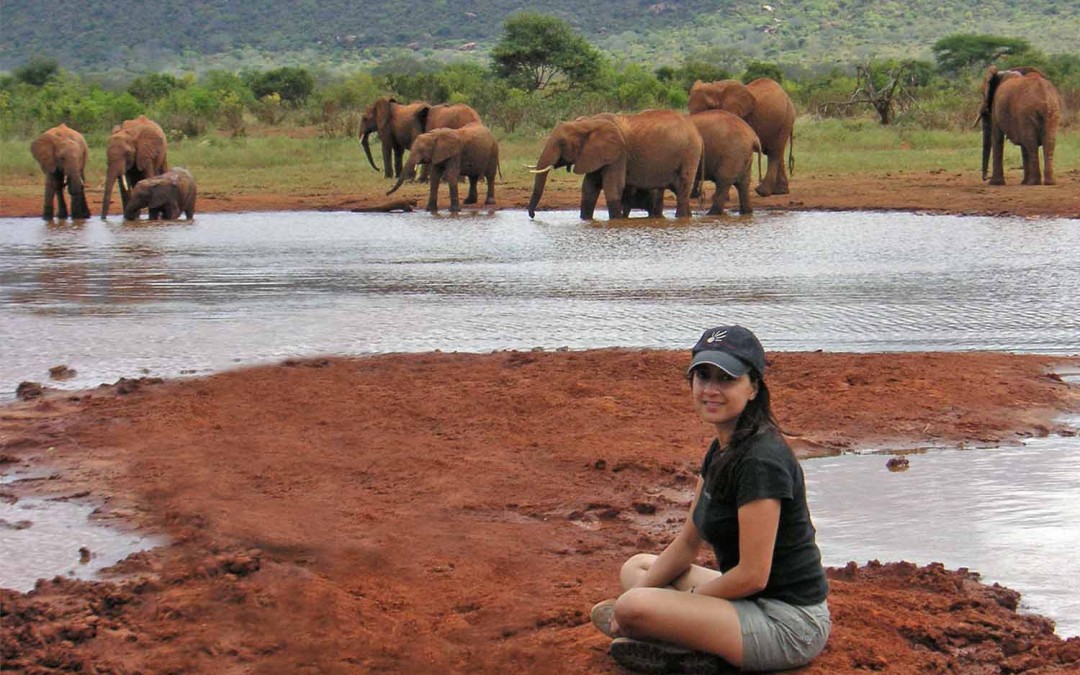 Elephant legends have fascinated us for millennia and the elephant has always been considered a majestic and somewhat mystical creature. They are one of my favourite animals and I had the privilege of spending a few years living in close proximity with the beautiful Tsavo elephants you see in the picture above. They have also inspired certain pieces in our wildlife inspired charm jewellery and Kenyan artisan made Tembo Collection.

There really is no living creature on earth quite like it, which is why elephant legends, symbolism and mythology has permeated through many cultures and religions since antiquity.

The most revered elephant legends in Asia

Perhaps one of the most worshipped deities that takes the form of an elephant is Lord Ganesha. This Hindu god has the body of a human and the head of an elephant, which was put on after the human head was either cut off or burned, depending on the version of the story from various Hindu sources. Lord Ganesha represents wisdom and is regarded as the remover of all obstacles and the bringer of good luck and prosperity.

In Japan, the deity Kangiten is considered the Japanese Buddhist form of Ganesha as he also has an elephant’s head and human body. Kangiten symbolises conjugal affection, and is prayed to by couples hoping for children. Sometimes Kangiten is portrayed as a pair of two humans with elephant heads in embrace. 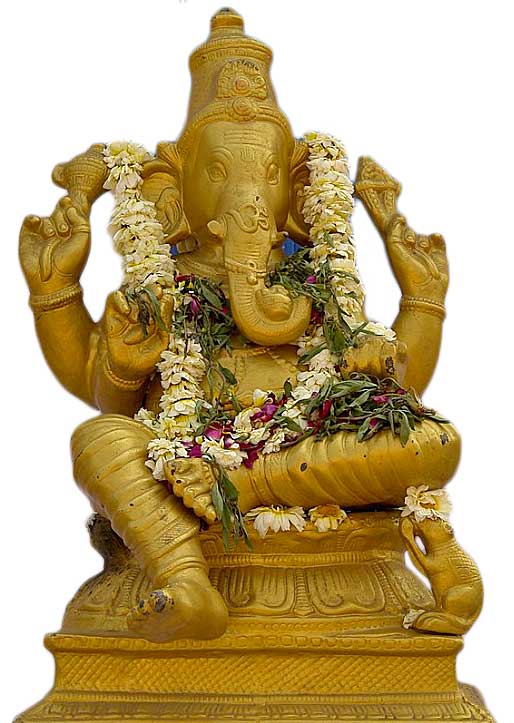 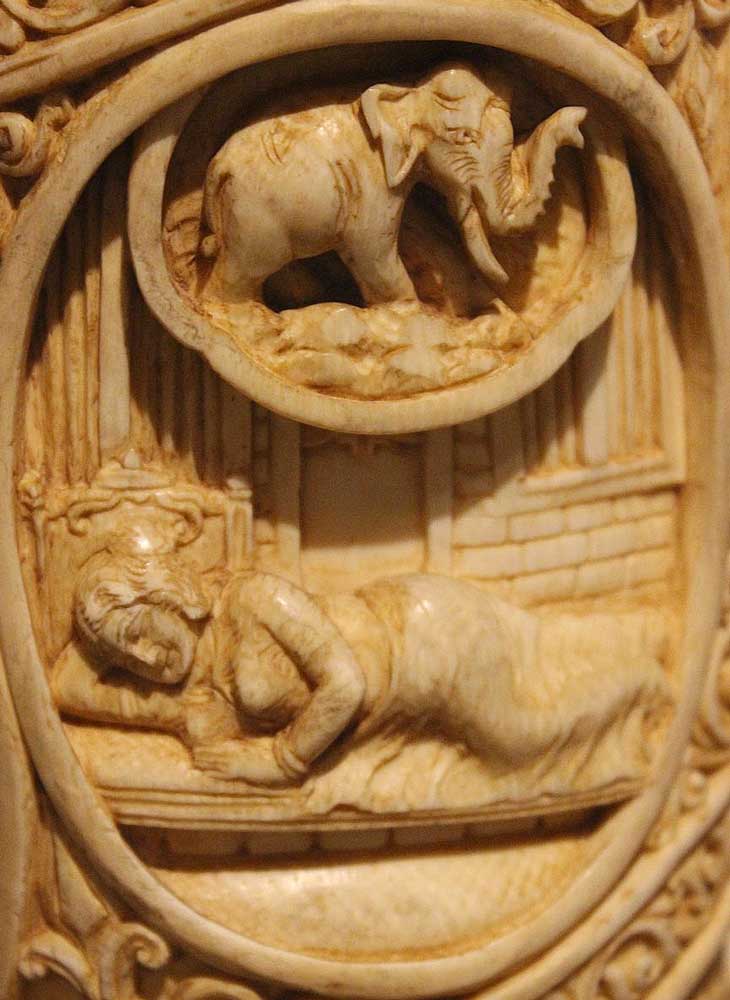 Legends of the white elephant

In Indian mythology, Indra, King of the Gods, was said to ride on a flying white elephant with six trunks and six pairs of tusks named Airavata. When Indra would ride into battle atop Airavati, he would hurl his thunderbolt at dark rain-bearing clouds, depicted as a herd of dark elephants, forcing them to release rain so that the red earth turned green. Therefore white elephants are associated with royal power and the ability to produce rain.

In Buddhist legend it is believed that Queen Maya, the mother of the Buddha, conceived after having a dream that a white elephant entered inside her. This is why the white elephant is seen as highly auspicious and signifies royal majesty and authority.

White elephants are also considered sacred in Thailand and Burma, and are a symbol of good luck and royalty. The ancient kings of Siam used to ride into battle on elephants; the more a king had, the more status and power he enjoyed. In fact, when King Rama IV found out that American President Abraham Lincoln had no elephants, he offered to send him some to assist in the Civil War; the President politely declined the offer.

Africa’s King of the Beasts

When an elephant crosses your path, you don’t need to inquire, ‘Oh, did something just pass by?’  – A Yoruba Proverb

The elephant is a powerful and evocative creature in African culture. It is praised for its size, longevity, stamina, mental capacities – intelligence, memory, clairvoyance – and its social qualities – nurturance, cooperative spirit, and loyalty.

South Africa uses elephant tusks in their coat of arms to represent wisdom, strength, moderation and eternity. Similarly, the coat of arms of Ivory Coast features an elephant head as its focal point.

Any object bearing a representation of the elephant is often thought to be symbolically infused with the animal’s attributes. 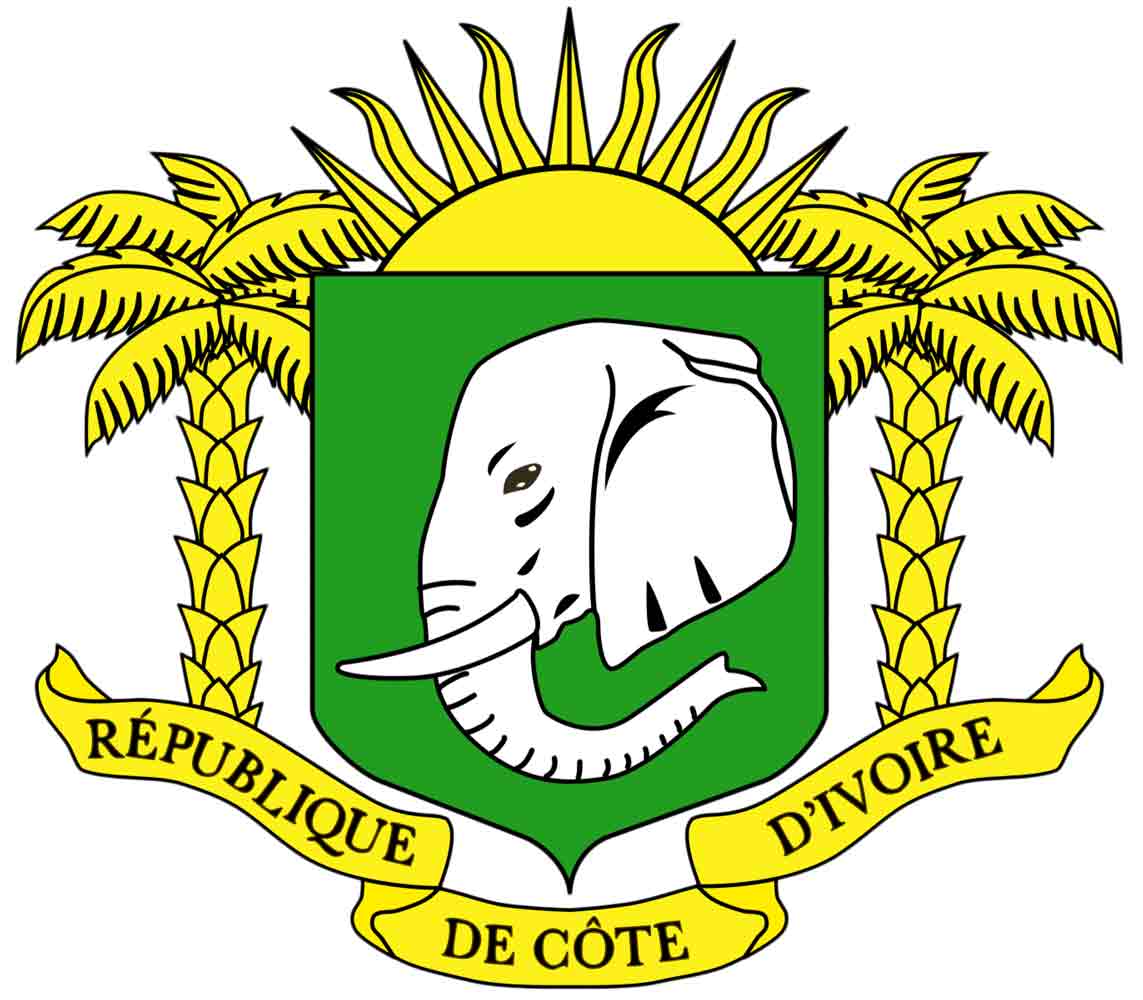 It appears on important ritual objects used in ancestor veneration and rites of passage, and it also adorns humble domestic objects and commercial products (the popular Kenyan beer brand, Tusker, springs to mind).

You’re probably familiar with some of these phrases and expressions, but do you know where these elephant legends are derived from and what they mean?

The phrase “Elephants never forget” refers to the belief that elephants have excellent memories and is largely related to how elephants survive. It is based on a scientific study that was conducted on elephants at Amboseli National Park in Kenya. Matriarch elephants, in particular, were found to hold a store of social knowledge that their families can scarcely do without.

The expression “Elephant in the room” tells of an obvious truth that no one wants to discuss, alluding to the animal’s size compared to a small space.

And the term “white elephant” refers to an expensive possession that is costly to maintain in relation to its usefulness or is difficult to dispose of, and ends up being a burden.

If you’re as infatuated by these incredible animals as we are, then you’re in for a treat with our vast selection of elephant inspired jewellery. 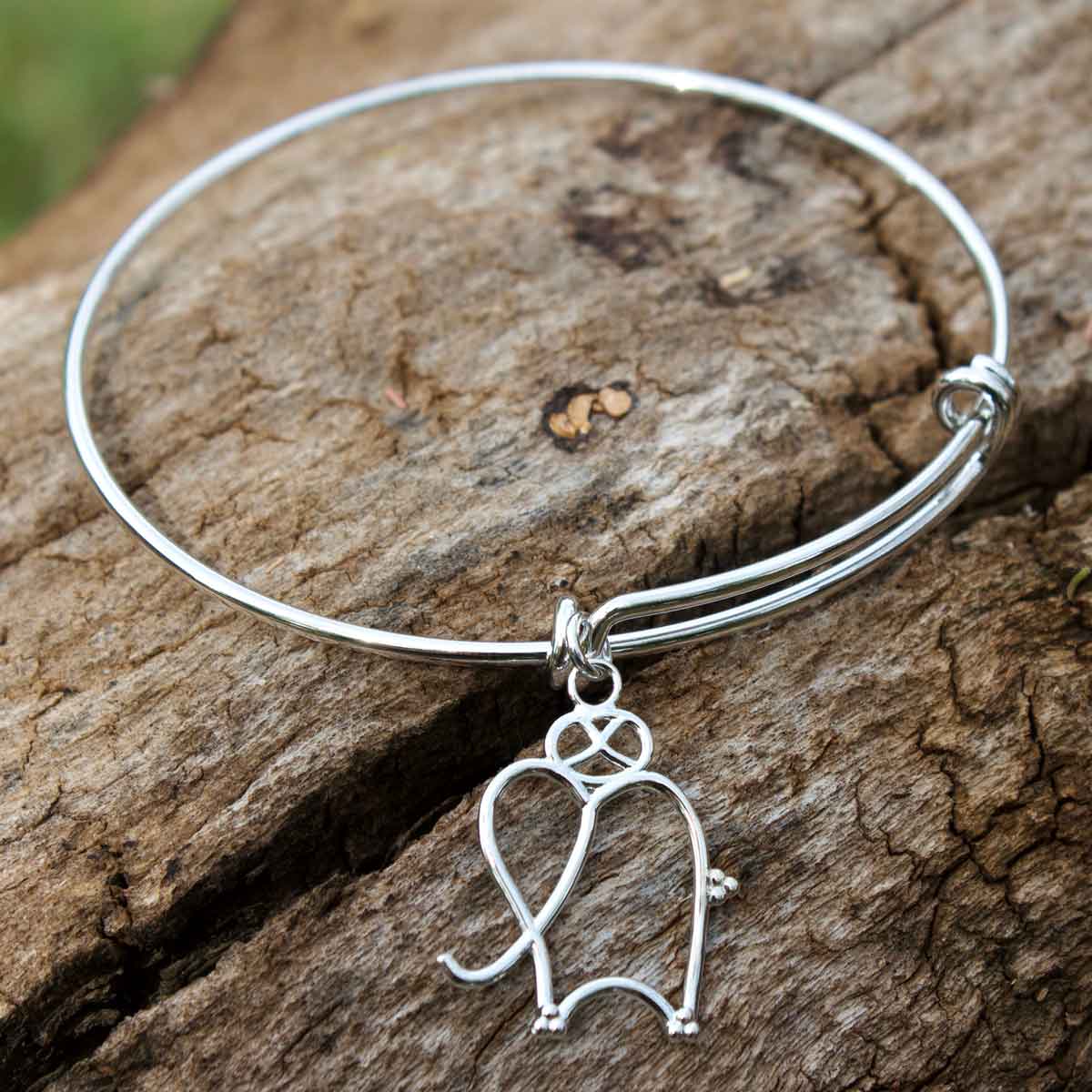 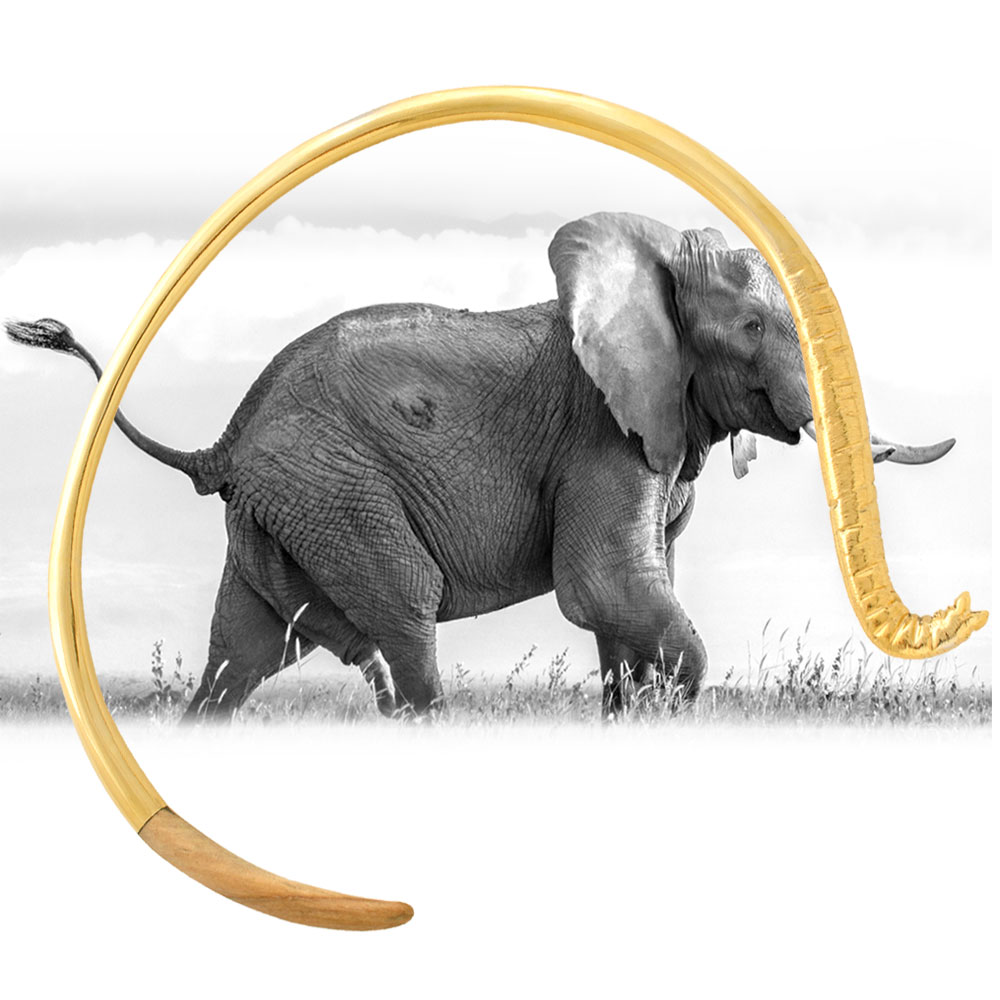 For beautifully sculpted artisan pieces, feast your eyes on our gorgeous Tembo in the Wild Collection. 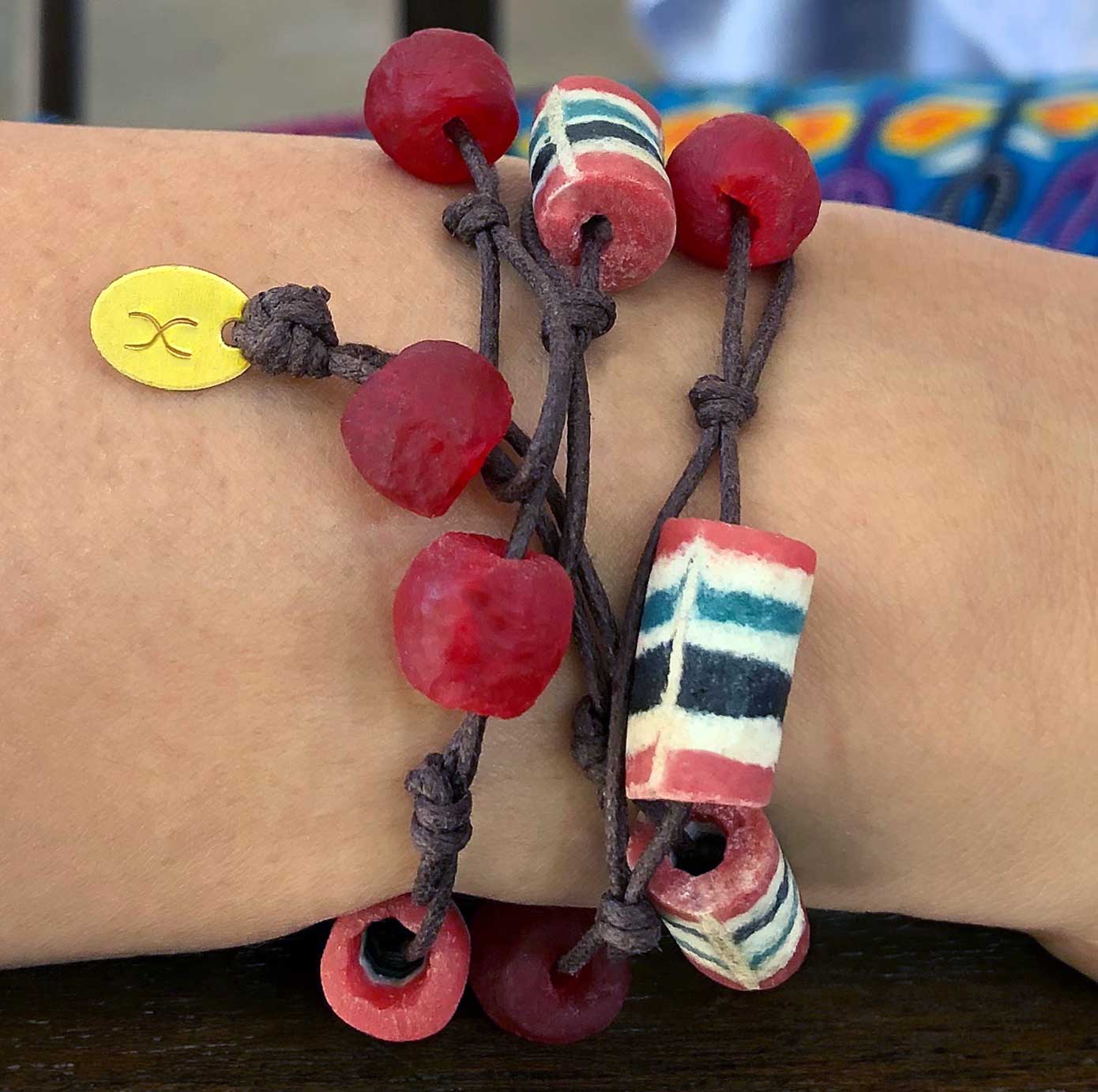 If you like Tsavo elephants, then check out our Red Jiona Wrap Bracelet. Its colours are reminiscent of the rich earth that the elephants love rubbing themselves in.