Ever Wonder About the Origin of Adornment? 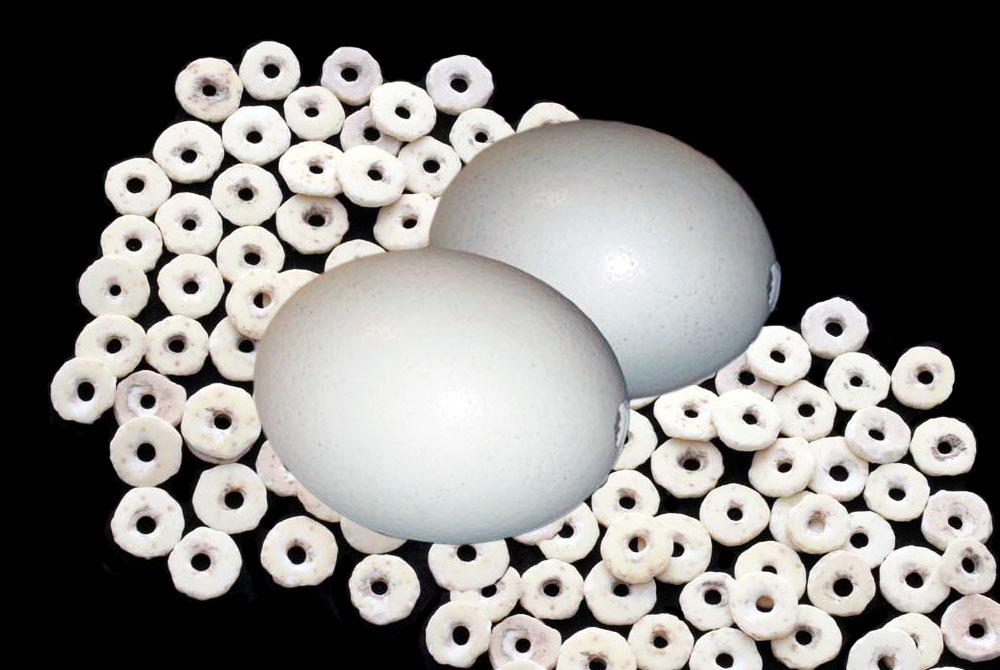 “The impulse for personal adornment is hard to stamp out.” Virginia Postrel

Did you know that the earliest form of adornment originated in Africa? While this may not necessarily take you by surprise, a lesser-known fact is that the material it comprised of is ostrich eggshell. Yes, really!

The oldest known man-made bead comes from ostrich eggshell, and a recent finding of these beads in Tanzania dated them about 70,000 B.C., during the African Middle Stone Age. Other significant historical discoveries of these beads include a Kenyan cave, Enkapune Ya Moto located in the Rift Valley, dating them at least 39,000 B.C., as well as later archaeological sites in Libya, Sudan, and India.

One of the most significant aspects of this discovery is its revelation that archaic humans had the capacity for symbolic thought, meaning the capacity to allow one thing to represent another. However, we can only speculate whether bead making as a form of adornment was used purely for aesthetic value, or to reflect status, social identity, or for use in trade.

Ostrich eggshell beads are still a popular form of adornment amongst some African tribes.  For example, the Turkana, a community of nomadic pastoralists residing in the arid parts of Northern Kenya are famous for making them.

Turkana women make them by chipping the tough shell into rough shapes using stones or their teeth, then drilling a hole in the centre and smoothing the edges on a stone. Although they are still a popular form of adornment today in the region, the collection of ostrich eggshells is strictly controlled by wildlife authorities.

The practice of decorating clothing with numerous beads or stringing together many beads amongst various African tribes occurred at an early date (at least 32,000 B.C.) and may suggest a deep primal belief that “more is better”.

This is particularly significant where certain beads are believed to hold certain powers; the rationale being that if a single bead can have some effect, then the collective power of multiple beads must be magnified. 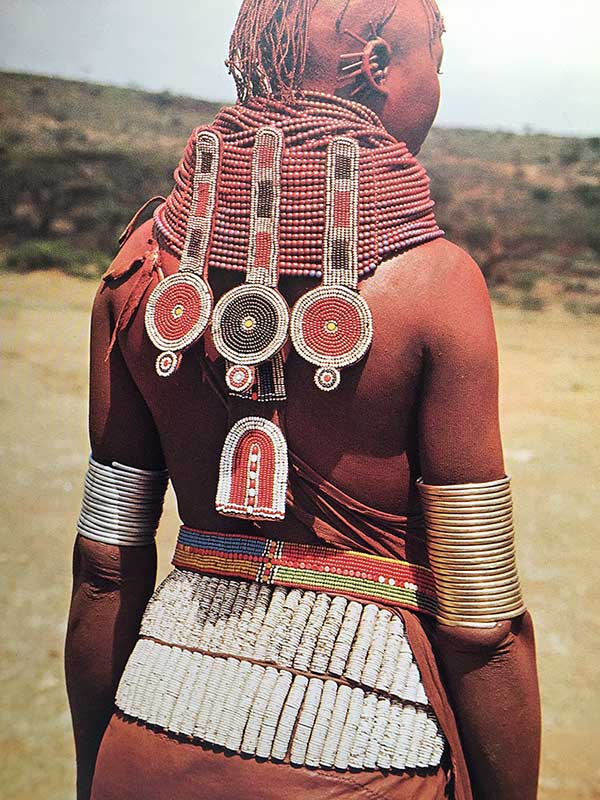 Another African tribe whom ostrich eggshell beads are common to is the Kung San Bushmen of the Kalahari Desert. To them, ostrich eggs are symbolic of good luck and fortune, and in the past the egg would be used in its entirety: its contents could produce a meal for the family; the eggshell acted as a vessel to store water; and the broken eggshells were made into beads for trade and adornment. Even today, the crafting and sale of these beads is one of the only means by which the San women can earn an income.

The toughness of the eggshell makes the bead production a very laborious process. The shell is first chipped into pieces, and then cut into shape using springbok horn or nail clippers. A hole is made in each piece with a hand drill; the beads are then strung and polished by hand using a whetstone to smooth the rough edges.

The tedious task of wetting and rubbing the stones eventually results in beautiful luminous beads. The beads are very durable and are believed to have symbolised solidarity in ancient Bushmen society.

The fact that these beads are among the oldest form of adornment, fashioned by mankind from his natural surroundings, makes them fascinating conversation starters. It’s no wonder that I was drawn to these beads upon discovering them in Kenya. Their dense opacity and off white hue make a wonderful addition to my statement necklaces.

One of the creations from the Turkana to Timbuktu collection features ostrich eggshell beads where they beautifully complement a pendant and beads from South Sudan in the Zaiah Necklace.