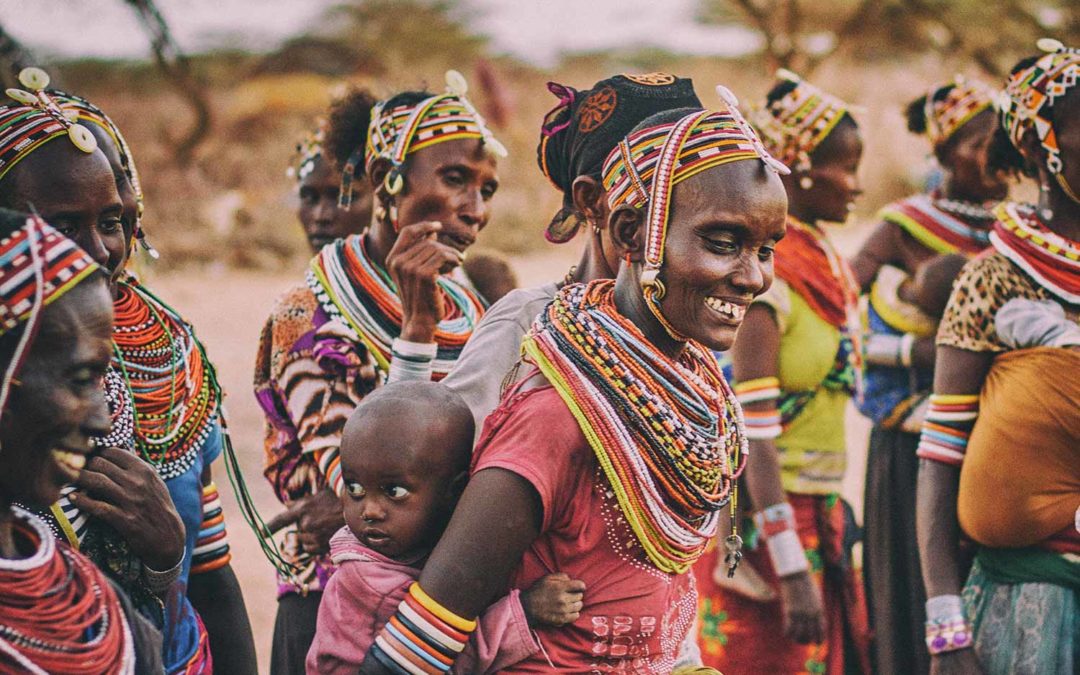 If you have visited Africa and left without seeing or buying any magnificent African beaded jewellery, let me fill you in on what you missed out on… and what you can look forward to next time.

African beaded jewellery is not just a piece of adornment. It’s so much more than that, as we elude to in the stories that accompany each of the statement pieces that we create.

Beads are integral to the traditions of many tribes across the continent, and taking the time to learn a bit about them can deliver a real insight into these cultures and add more depth and richness to your experience of Africa.

If you live here, then you probably see African beaded jewellery and beadwork in many different forms when you visit a local market or while encountering different tribes. But have you ever wondered what these beads symbolise?  Here are some interesting facts to pique your interest the next time you encounter beaded jewellery.

Beads vary in material (bone, glass, horn, seeds, shells, stones and fossilised materials), their significance, colour, size, and their placement on the body or clothing. All these denote and evoke different meanings in different tribes. In most African tribes, beads embody beauty, tradition or culture, strength, marital status, age, power and warrior-hood.

They have also been used as a form of currency. Trade beads can be dated as far as the 15th century, when European trading ships would travel to West Africa to draw on resources such as gold, ivory, palm oil and slaves. At the time, glass bead making technologies were more sophisticated in Europe, which made these colourful beads very attractive and highly valued to the African elite who were willing to accept the beads as a form of exchange.

The Maasai, Samburu, Turkana and Rendille tribes are highly associated with beadwork in Kenya. They can be found in Kenya’s northern Great Rift Valley. Some of their notable characteristics are the elaborate African beaded jewellery encircling their necks, red-painted chins with ochre, beaded headdresses, stacked beaded bracelets jangling on their wrists, and to the married ones, heavy brass earrings.

The women in these tribes wear these beaded pieces as a sign of wealth, marital status, health and to denote the number of children they have. For instance, if a woman’s first child is a boy, she wears many earrings. The same applies for women with several male children. Similarly, traditional wedding collars have several beaded strands hanging off them. This represents the amount of dowry paid for that bride, which in most cases takes the form of cattle.

Women wear these pieces as a sign of beauty and wealth while men wear beaded pieces and different symbols on different parts of their bodies to mark their achievements. For instance, young Maasai warriors wear an arm band, known as the “errap”, made of leather and metal wire coils, which shows that he has fought and killed another man.

To girls, a crimson collar of beads is given to her by her father which indicates that a husband has already been chosen for her, but she is not yet engaged. Once engaged, the crimson collar will come off and is traded for brass earrings, which signifies marriage.

Each colour bead represents a specific and significant aspect of their culture, however these may vary from tribe to tribe.

In general, blue beads symbolise the colour of the sky which provides water for the people and cattle, hence sustenance and energy.

Green represents the land and pastures that produces food, which gives nourishment to the people and animals.

Black reflects the colour of the people which symbolises their daily hardships and represents harmony and solidarity. 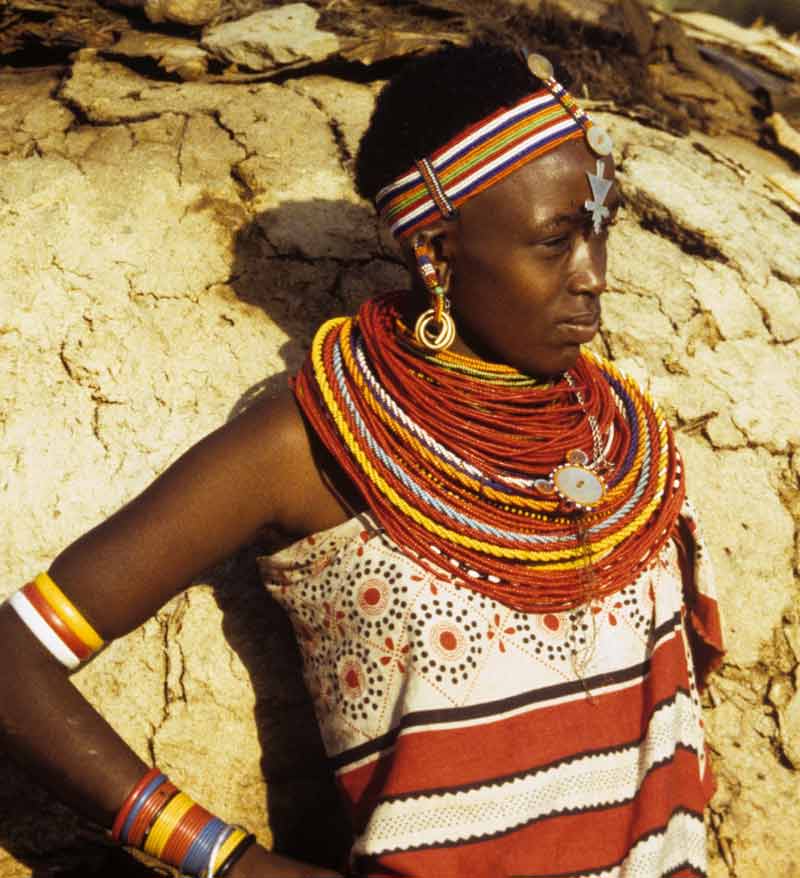 White portrays the colour of milk from cows which provides nourishment. It symbolises purity and good health.

Orange represents the colour of the gourds that store milk which is shared with guests, as well as animal skins which are laid out as beds. It therefore signifies warmth, friendship, generosity and hospitality.

Yellow is the colour of the sun which nurtures the growth of people, animals and grass, hence symbolising fertility and growth.

Next time you buy African inspired jewellery you’ll be well equipped to share the meaning behind the colours and impress your friends when you wear these beautiful works of art that are skilfully fashioned by these nomadic tribes.

How’s that for a fascinating conversation starter?!