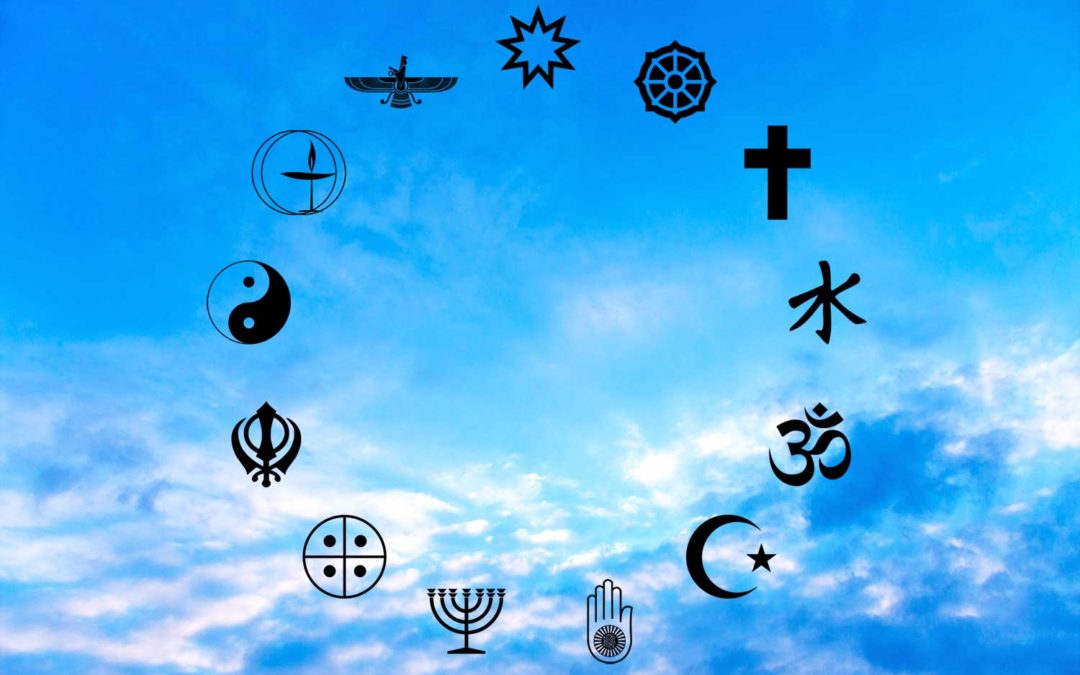 Ever been intrigued about the Hindu faith and its hundreds of Gods? Or how Christianity grew out of the Judaic faith?

The third Sunday of January is World Religion Day and focuses on spreading awareness of the thousands of religions practiced around the world, so perhaps you might be inspired to dig a little deeper.

Something I’ve been fascinated about is how certain symbols are used in multiple religions. Sometimes this is a result of cultural diffusion; other times it’s coincidental. Read on and you may be surprised to learn how wide-reaching your favourite talisman is, even if you’re not religious. 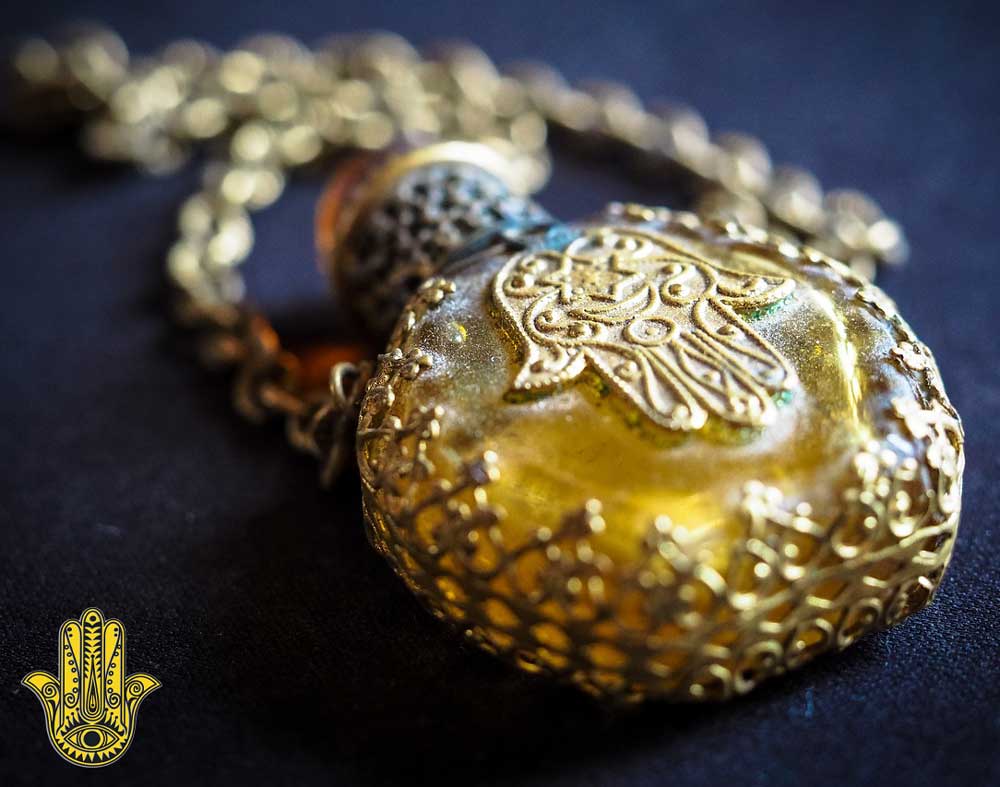 The Hamsa is a symbol shared by Islamic and Jewish cultures. It is a stylised human hand, facing palm outward. In the Islamic faith, it symbolises The Hand of Fatima, the daughter of the Prophet Mohammed. In Sunni culture, it is associated with the Five Pillars of Islam; for Shi’tes, it symbolises the Five People of the Cloak.

In Judaism, it is identified as the Hand of Miriam, and is represented in the five books of the Torah. It appears to have entered Judaism via Medieval Spain, which was ruled by Islamic people called Moors. Both religions use the symbol as protection against the evil eye, as is popular today amongst Western cultures who wear it as a talisman.

The basic shape of the Cross has been used as a sacred, protective, or decorative emblem long before it assumed its Christian connotations. In mythological times, the Greek goddess Diana is pictured with a cross over her head, in much the same way the “Virgin Mary” is represented by many medieval artists.

The Egyptian cross is known as an ankh, where the T part represented life or wisdom, and the circle or oval on top signified eternity. It was the symbol of the Egyptian sun god, and gods and pharaohs were often shown holding the cross. The Aztecs of central Mexico also used the ankh as a symbol of secret knowledge.

The Hindu version of the cross is the swastika which is a sign of luck and fortune. This variation of the cross has been present in ancient Hinduism and is used to represent honesty, truth, purity and stability. Its four angles or points also symbolise the four directions or Vedas.

The Christian use of the cross did not begin until the time of Constantine, three centuries after Christ. In fact, the New Testament only describes the instrument upon which Christ died as a “tree”, translated from the Greek word xulon. 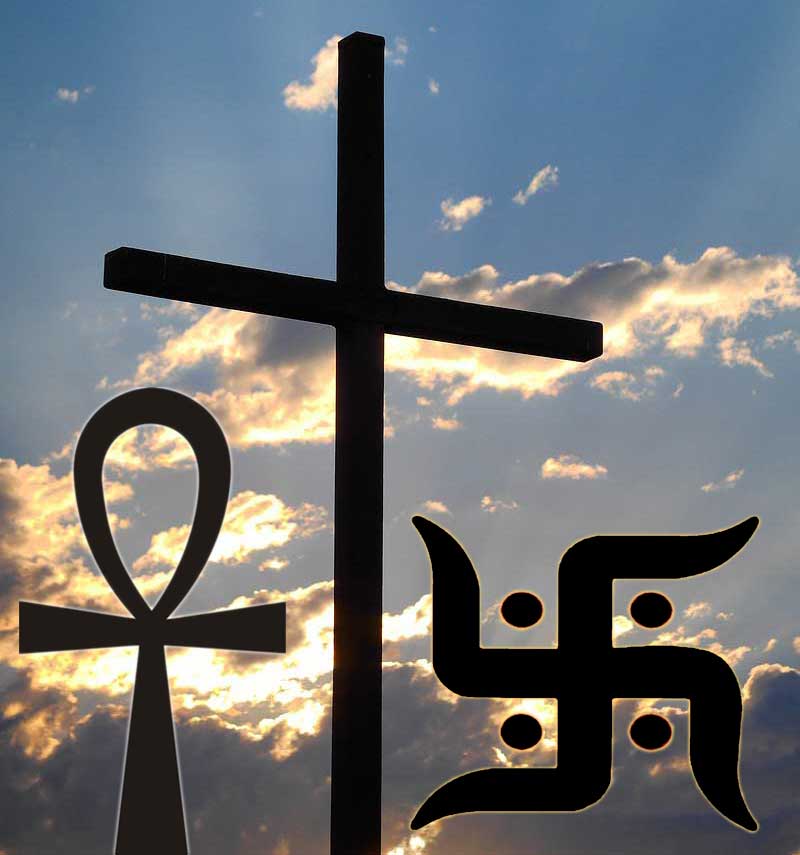 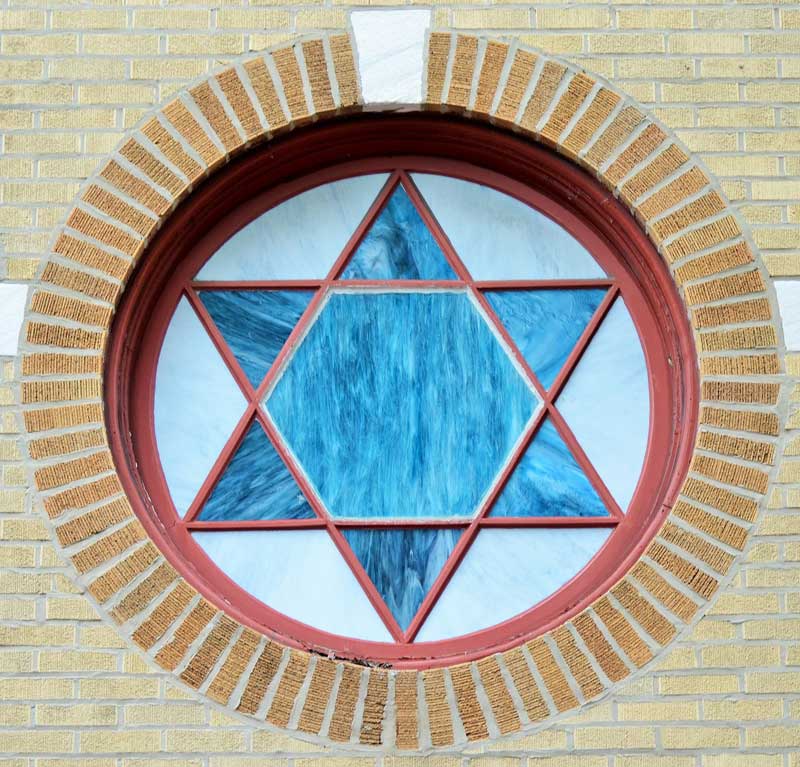 The hexagram, a six-sided star formed by two overlapping triangles – one pointed upward and the other downward – is another symbol that presents itself in different religions. In Judaism, it is called the Star of David, or Magen David (literally, Shield of David, of the ancient king of Israel), but only became widespread in the 17th century Europe to identify synagogues as a Jewish place of worship.

In Hinduism, the hexagram is called the shatkona or satkona, with the upward triangle in the start representing Shiva (the masculine side of God) and the downward-pointing triangle representing Shakti (the feminine side of the divininty). It represents the union of these gods, and of male and female, and also of fire and water.

In Shinto, this symbol is called the kagome crest and often found on ancient Japanese shrines dating back to 5th century BCE.

Om or Aum originated from Hinduism but is now also common to Buddhism, Jainism, Sikhism and the Bon Religion of Tibet.  According to the Hindu Mandukya Upanishad, which is entirely devoted to the explanation of the syllable, “Om is the one eternal syllable of which all that exists is but the development. The past, the present, and the future are all included in this one sound, and all that exists beyond the three forms of time is also implied in it”.

Where the syllable Om occurs in English words, it holds similar meaning: authority and divinity. Examples are ‘omniscience’,  ‘omnipotent’, and ‘omnipresent’. The Christian “Amen” and Islamic “Ameen” are also analogous to Om.

In western culture both the spoken word and the written symbol have become synonymous with eastern spirituality, meditation and the concept of peace.

Do you have any other examples of religious symbols that hold meaning in different cultures? Let me know below in the comments. 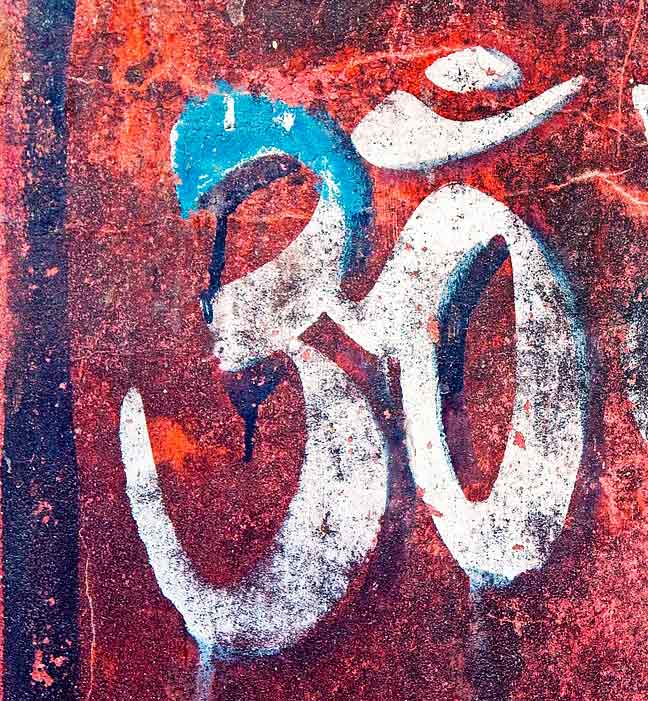